Minister To See The ‘Rite’ Way To Help Youth Employment

Minister To See The ‘Rite’ Way To Help Youth Employment

The Youth Employment Minister is to see at first-hand the pioneering work being done by social enterprise Workingrite in helping young people into full-time work. 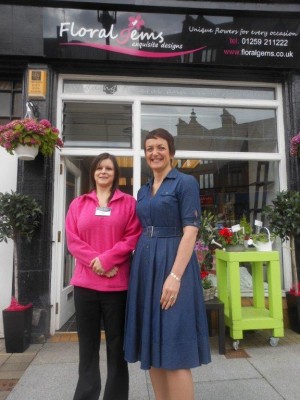 Angela Constance will meet a group of trainees and their employers in Alloa during a 90-minute visit to Workingrite’s Forth Valley project on 26 July.

The minister will hear of Workingrite’s successful workplace mentoring programme that is now having a growing influence in many parts of Scotland and some areas of England.

Earlier this year Workingrite, which was set up in Leith in 2004, was awarded a £500,000 contract from Skills Development Scotland (SDS), to extend its reach into Fife, West Lothian, Renfrewshire, Greenock and Moray.  This is building on its existing presence in the Forth Valley, Aberdeenshire, Glasgow, Argyll and the Highlands, while its methods have also been adopted in Sheffield, Sunderland, Newcastle, and in Eastbourne.

Between now and March next year, 189 youngsters, aged 16-19, will be paired up for six months with individual construction and other skilled industry tradesmen in a two-way deal in which they work, learn and develop mentoring relationships with role-model adults.

Ms Constance said: “The Scottish Government is committed to tackling youth unemployment and have guaranteed everyone aged 16-19 an offer of a place in training or employment through Opportunities for All. Social enterprises and the third sector have a pivotal role to play in making this happen.

“Workingrite has a strong record of getting young people into employment and they have been successful in securing an award of funding from SDS to extend their work. The organisation is an important training provider and I am looking forward to hearing about what they have done to help hundreds of young people. I am also keen to have the chance to hear more from some of those young people involved with Workingrite on what makes a difference for them.”

Last year 130 young people undertook a Workingrite placement, with 83 per cent progressing into jobs or apprenticeships.

According to STUC figures in March, 5,210 Scots aged between 18 and 24 had been receiving jobseeker’s allowance for more than 12 months. That compared to 415 in December 2007.

Sandy Campbell, Workingrite’s founder, said: “We are delighted the minister has decided to visit us and see for herself the important and highly successful work we are doing in helping young people into employment.

“Youth employment is a hot topic for the government at the moment and hopefully the minister will be impressed and inspired by our methods which are delivering results across the country.”

One of Workingrite’s trainees in Alloa is Kellyann Cameron, 18, who left school in February and joined Smart Specs in the town.

Since joining the firm, Kellyann has gained a lot of confidence and now happily approaches potential customers to explain how the business works and current offers in detail.

She said she is glad she has been able to enter a workplace which is allowing her to increase her confidence and providing her with the opportunity to grow with an up-and-coming business.

Anne Marie Macklin, owner of the Smart Specs store in Alloa, said: “Being a new business, Smart Specs is delighted to have been part of the Workingrite project. It has allowed us to trial a member of staff without breaking the bank.

“We have enjoyed having Kellyann with us and we hope at the end of her placement she will be able to remain with us on a permanent basis.”

Our Newsletter Get in touch Donate
Our Tweets